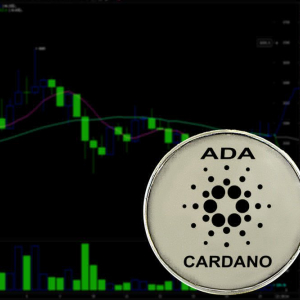 By CCN Markets: Cardano is up by over 105 percent year-to-date as it trades at $0.0903 as of this writing. The cryptocurrency is known to some as the “Ethereum Killer”. It may have already made big gains this year but it appears to just be warming up. We are not alone in this sentiment. A pseudonymous Twitter account that goes by the name of Beastlorion believes that Cardano is gearing up for a face-melting pump in the next few weeks. The climb comes after the much-anticipated release of the crypto token’s testnet. The analyst expects to see Cardano make a 117.72% The post 100% Cardano Price Spike Awaits After TestNet Release, Predicts Analyst appeared first on CCN Markets

Get Crypto Newsletter
Market Cap
24h Vol
60.93%
Bitcoin Share
181
Today News
Read the Disclaimer : All content provided herein our website, hyperlinked sites, associated applications, forums, blogs, social media accounts and other platforms (“Site”) is for your general information only, procured from third party sources. We make no warranties of any kind in relation to our content, including but not limited to accuracy and updatedness. No part of the content that we provide constitutes financial advice, legal advice or any other form of advice meant for your specific reliance for any purpose. Any use or reliance on our content is solely at your own risk and discretion. You should conduct your own research, review, analyse and verify our content before relying on them. Trading is a highly risky activity that can lead to major losses, please therefore consult your financial advisor before making any decision. No content on our Site is meant to be a solicitation or offer